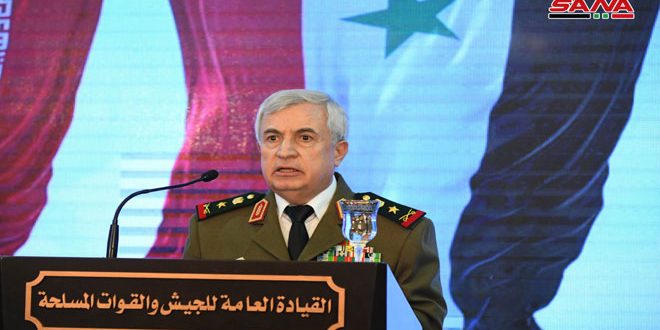 Damascus, SANA- Deputy Commander-in-Chief of the Army and the Armed Forces, Defense Minister Maj. Gen. Ali Abullah Ayoub stressed that October Liberation War is a bright page in the history of modern Arab world, marking a turning point and a qualitative shift in the history of the Arab-Zionist conflict.

The Minister’s stress came in statements to the Syrian Satellite TV by phone on the occasion of the 46th anniversary of the War on Sunday.

Ayoub said that the October Liberation War’s significations and connotations are still present in the consciences of the Syrians and the honest people in the Arab Nation and this is clearly manifested in the great steadfastness we witness in the face of the dirtiest war known to humanity.

He indicated that Syria has proved to the world that it is invincible and is capable of triumphing thanks to the Syrians’ will, steadfastness and sacrifices.

Ayoub added that our armed forced managed to carry out significant achievements in combating terrorist organizations.

He pointed out to the close relations between Syria and a number of friendly and resistance countries, with Russia and Iran are at the forefront.

2019-10-06
shaza
Share
Previous Message of faithfulness from al-Maqet on anniversary of October liberation war
Next Zarif: Terrorism has no place in the region 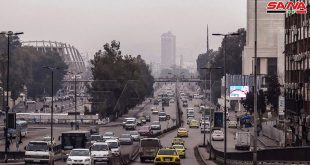