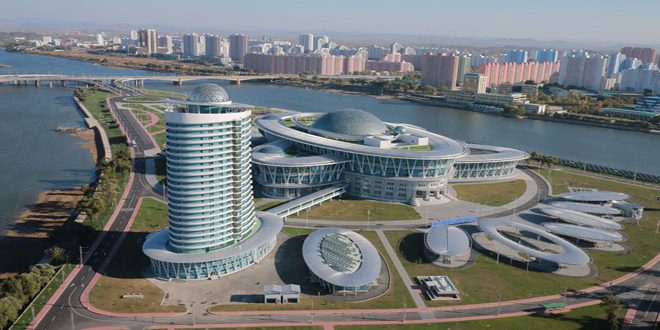 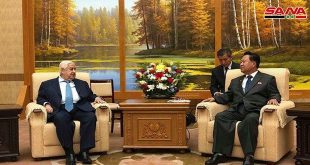 Damascus,  SANA_ The Democratic People’s Republic of Korea (DPRK) is celebrating its National Day amid continuous successes and a distinguished development march at all levels to meet the aspirations of the Korean people.

The celebration of the DPRK’s National Day this year coincides with the economic renaissance that has been achieved at many levels .

The economic renaissance has been going on in the DPRK for more than a half century and has been achieved by the hands and minds of the Korean workers who benefited from its  results.

The DPRK’s ambitious and fair policies guarantee the fundamental freedoms and rights of workers in all fields where workers  actively participate in social and political activities, including the state administration and elections as they have the right to candidacy and vote regardless of their professions and properties.

The social laws and measures applied by the DPRK, based on the vision of the government and the ruling party, serve the workers first and pay main attention to their livelihood and health, including the elderly and people who are no longer able to work as the government guarantees their health and livelihood.

The free treatment system is one of the most important services provided by the DPRK government to its people, especially the workers, along with other facilitations in services, tax abolition, manifestations of contemporary civilization and culture.

Today, Korean workers are achieving remarkable results in their workplaces, exerting all their intelligence and talents in gratitude to the attention given to them by the Korean Labor Party and the state which presented them as the real masters of the country and society.

The DPRK’s many successes, since it was founded by the late leader Kim Il-sung, who built the first Democratic People State in the East in 1948 and laid down its socialist foundations, goes ahead steadily despite the systematic sanctions and threats by the United States in an attempt to impose its dictates. Pyongyang  has been affirming  the steadfastness of its positions in the face of colonial challenges to preserve its sovereignty.