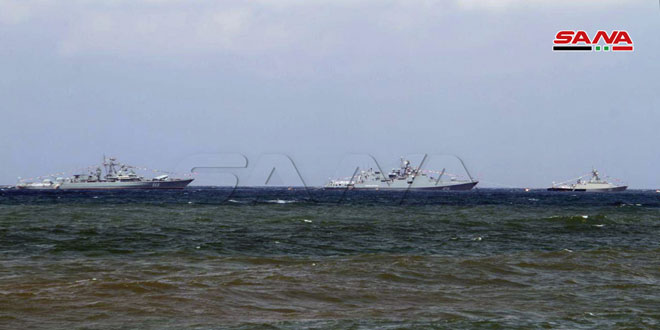 Tartous, SANA – Russian navy units operating in the Mediterranean carried out a naval parade off the coast of Tartous city to mark Russia’s Navy Day.

The parade included displays by Russian warships and vessels, as well as aerial displays by aircrafts, sports performances, and a performance by the Russian orchestra. 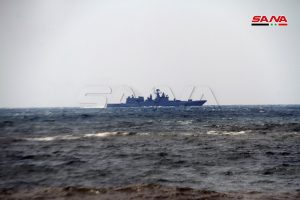 The parade was attended by officers from the General Command of the Army and Armed Forces, the Governors of Tartous and Lattakia, the Commander of Russian forces operating in Syria, the Russian Ambassador in Damascus, Russian officers, and a crowd of spectators.