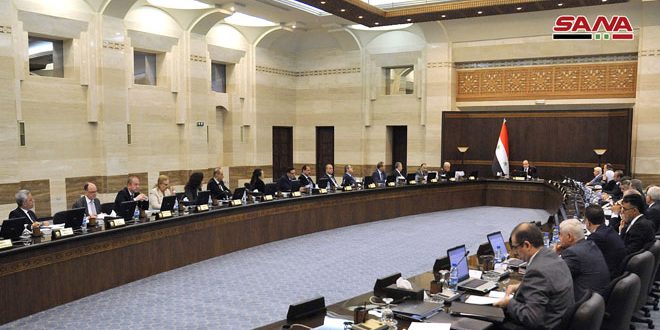 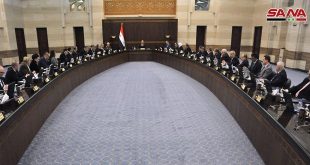 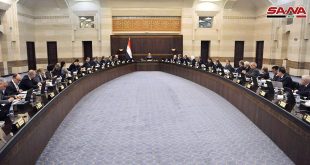 Damascus, SANA – The Cabinet on Sunday approved the executive instructions of the legislative decree no. 13 for 2019 on granting an honor card for injured people who suffered 40% or above disability while serving in the Army and Armed Forces, internal security forces, or while serving under the command of the Syrian Arab Army.

During its weekly session chaired by Prime Minister Imad Khamis, the Cabinet decided to reduce the value of the first installment for lots in the new industrial zones in Safita, Sheikh Badr, Drekish, and Qerdaha by 10% to encourage investment in those zones.

Justice Minister Hisham al-Shaar briefed the Cabinet on the issue of stalled loans, saying that the collected sums for those loans have amounted to SYP 182 billion so far.