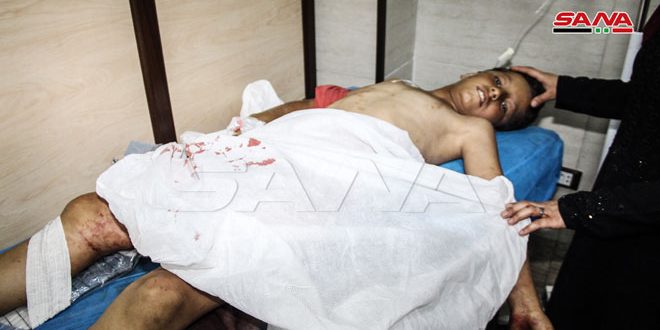 Aleppo, SANA – Six civilians were martyred and nine others were injured on Sunday as a result of rocket attacks carried out by terrorist groups on Aleppo city. 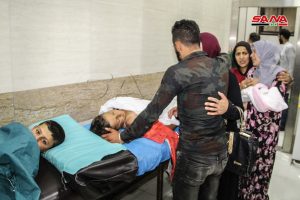 SANA’s reporter in Aleppo said that terrorist groups located in Aleppo’s western countryside fired rocket shells at New Aleppo and Minian neighborhoods in Aleppo city, claiming the lives of six civilians and injuring 8 others, some of them children, in addition to causing considerable material damage to public and private properties.

The reporter said that the injured sustained wounds of varying severity, and were rushed to al-Razi Hospital and the University Hospital for treatment.

Earlier in the day, the reporter said that terrorists positioned in the western parts of Aleppo province fired a rocket shell at the city, and it fell in the surroundings of al-Qasr al-Baladi, injuring a little girl and causing material damage to the place, and the girl was rushed to al-Razi Hospital for treatment.