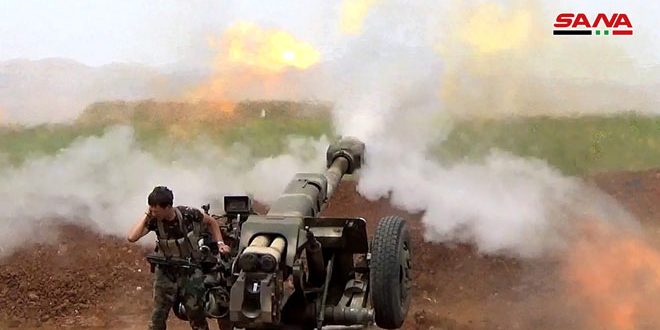 SANA’s reporter said that army units targeted with concentrated fire on Wednesday evening the movements of vehicles for Jabhat al-Nusra terrorists that had been moving from Khan Sheikhoun town in Idleb’s southern countryside towards Hesraya in Hama’s northern countryside, killing and injuring many terrorists and destroying seven of the vehicles, three of which were armored vehicles, on of them having been rigged with explosives and moving at the front of the convoy.

Earlier in the day, the reporter said said that army units retaliated at dawn with artillery and missile strikes to attacks by al-Ezza Battalions and Jabhat al-Nusra terrorists, killing and injuring many of them in al-Zaqqoum, Qleidin and al-Zakat areas in Hama’s northern countryside, in addition to destroying their hideouts and rocket launchers.

Army units also targeted terrorists’ supply lines and positions in Tarmila, al-Naqir and at vicinity of Khan Sheikhoun in Idleb countryside with rocket and artillery fire, resulting in killing and injuring a number of terrorists and destroying most of their fortifications and supply lines.

2019-06-05
Rasha milhem
Share
Previous Putin during conference with Xi: Russia and China working together to resolve crisis in Syria
Next Weapons left behind by Daesh terrorists found in Deir Ezzor countryside 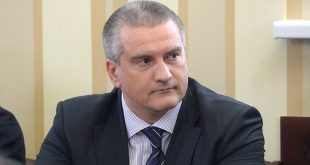