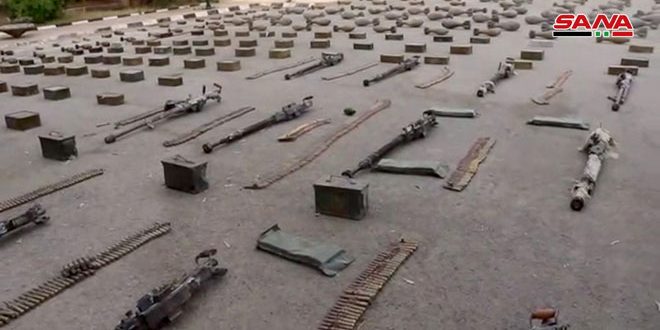 Deir Ezzor, SANA – While canvassing liberated villages in Deir Ezzor, the authorities on Wednesday found a cache of weapons and ammo left behind by Daesh (ISIS) terrorists in the town of Baqares Tahtani in the province’s southeastern countryside.

SANA’s reporter said the weapons and ammo were buried beneath a building that Daesh terrorists had rigged with explosives, and that engineering units dismantled and removed the explosives.