Egyptian MP: Washington, Ankara should not interfere in Syrian issue 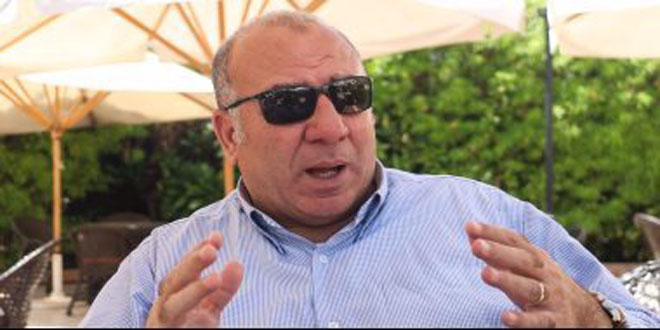 Cairo, SANA_ Member of the Egyptian House of Representatives Sameer al-Batikhi confirmed that the illegal military presence of US and Turkish forces on Syrian territory violated international laws and must be terminated immediately.

Al-Batikhi, in a statement to SANA reporter in Cairo on Thursday said: “The detention of the displaced Syrians in al-Rukban camp by US forces and preventing them from returning to their areas is unacceptable .

He added that behaviors of the Turkish regime’s forces that entered the Syrian territory are completely rejected; Washington and Ankara should let the Syrian affair to the Syrian people desist from intervention policies.

He hailed steadfastness and sacrifices of the Syria people and army in the face of terrorist organizations, calling to restore relations between Syria and Egypt back to normal.