Authorities find 8 tons of C4 left behind by terrorists 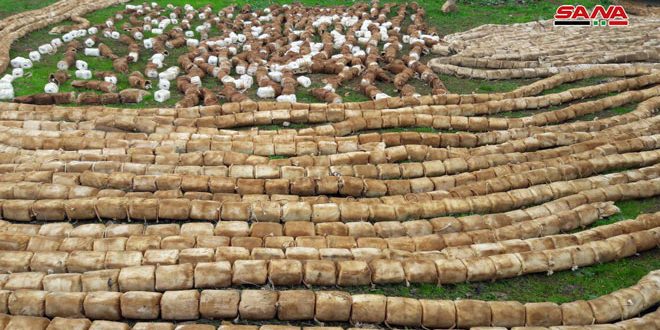 Damascus, SANA- While continuing to comb the southern region, the authorities seized huge amounts of explosives that were used by terrorists for manufacturing explosive devices, mines and ammunition.

SANA’s reporter said that authorities found about 8 tons of highly-explosive C4 material while combing villages and towns liberated by the Syrian Arab Army from terrorism in the southern region.

The reporter added that explosives were found in the terrorists’ dens in different areas and they were gathered and transported to isolated areas.

The source said that the terrorist groups were using these materials to stuff home-made rocket shells and make car bombs to target the civilians and the army’s points.

The source clarified that this huge amount of C4 material was smuggled into Syria through the neighboring countries as it is a very expensive material and usually delivered exclusively to the armies according to deals and contracts.