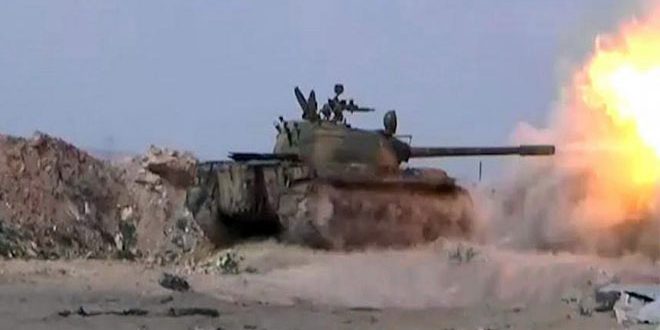 Hama/Idleb, SANA – The army hit positions and fortifications of the terrorist groups in response to their breaches and attacks on safe areas in southern Idleb and northern Hama.

SANA reporter said army units launched rocket strikes against positions of terrorist organizations linked to Jabhat al-Nusra on the outskirts of Talmanas town in response to their breaches of the de-escalation zone agreement in the southern countryside of Idleb.

A number of terrorists were killed or injured in the strikes and their weapons were destroyed.