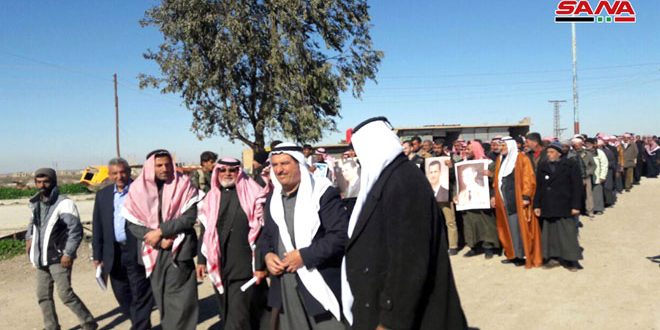 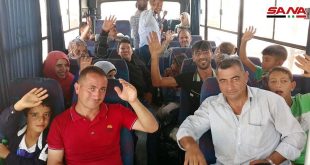 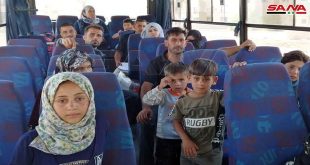 Deir Ezzor, SANA- Around 300 displaced Syrians returned to their villages and towns, which have been liberated from terrorism, in the southeastern countryside of Deir Ezzor via al-Salihiya crossing on the Euphrates River, SANA’s reporter said.

The reporter said that the returning citizens were received with a public celebration at al-Salihiya village, and that they included around 60 military service deserters who benefited from the amnesty decree.