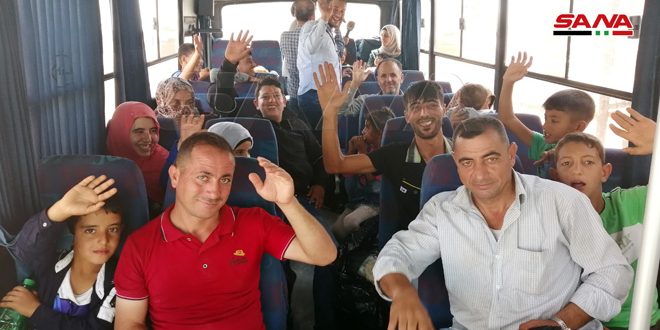 Daraa, SANA- A new batch of displaced Syrians on Wednesday returned from the refugee camps in Jordan to their permanent residence in Daraa , which had been liberated by the Syrian Arab Army from terrorism, through Nassib border crossing.

SANA’s reporter said that the authorities concerned provided all the facilitations to the returnees , including transportation and ambulance , and medical services to those in need.

The number of people who have returned back home since the opening of Nassib crossing in last October until today has reached 28000 citizens ,using temporary passage tickets, Head of the Immigration and Passports Center at the crossing, Col. Mazen Ghandour mentioned in a statement to SANA . 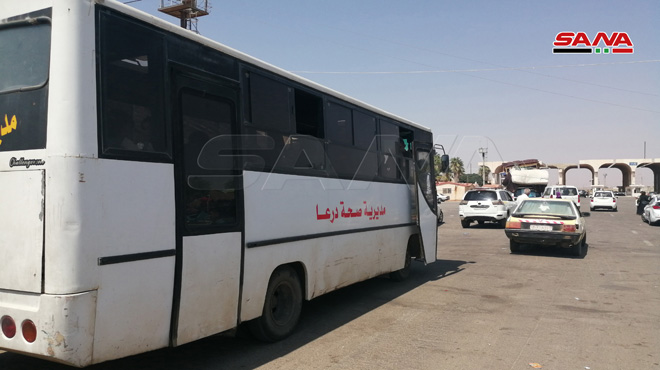