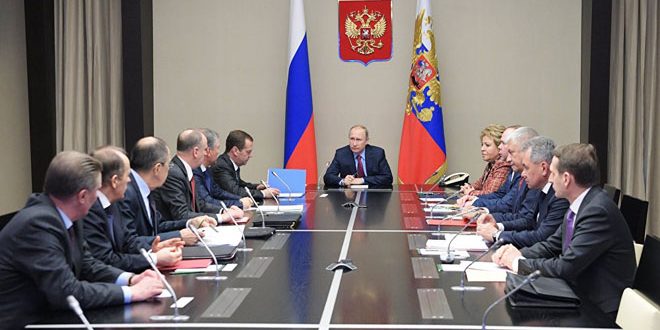 Moscow, SANA_ Russian President Vladimir Putin discussed with the permanent members of Russia’s National Security Council the situations in Syria and Venezuela and a number of other international and domestic issues.

Kremlin Spokesman Dmitry Peskov said that during the meeting on Friday, there was an exchange of views on the Syrian issue, in particular, the prospects for a political settlement in Syria.

“There was a like discussion of the situation in Venezuela,” Peskov said. “Once again Russia’s stance was confirmed any outside intervention in the internal political situation in that country is impermissible.