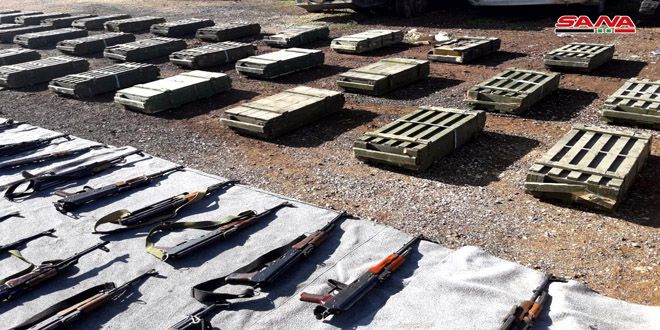 Damascus/Quneitra, SANA- Authorities on Friday found weapons and ammo, some of which are British made, and vehicles of the so-called “White Helmets” group left behind terrorists in western part of Damascus Countryside province and Quneitra countryside. 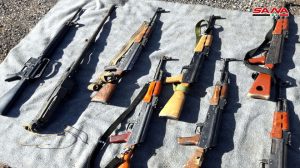 SANA’s reporter said that large amounts of weapons and munitions left behind terrorist organizations were found  during the sweeping operations in towns and villages in   western part of Damascus Countryside province and the countryside of Quneitra.

The seized weapons included large amounts of weapons , various ammo , a number of stolen vehiclesand a British-made fire engine which was used by “White Helmets” group, in addition to a bulldozer and two modern cars entering from the occupied territories as part of the support provided by the Israeli entity to the terrorist groups.

Homs, SANA – A number of displaced persons who were detained at al-Rukban camp by …