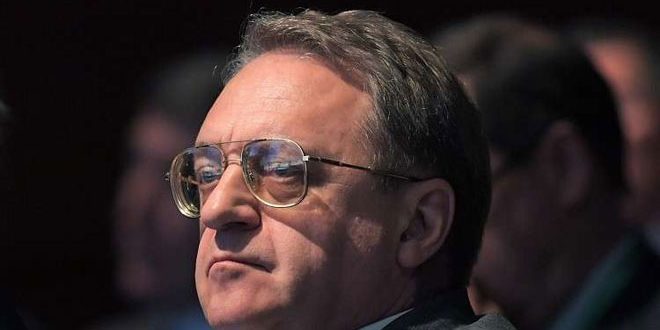 Moscow, SANA_ Russian Deputy Foreign Minister Mikhail Bogdanov has confirmed that the presence of US troops in Syria is illegal and Moscow will closely monitor how to implement the decision to withdraw from Syria.

“We need to see how this decision will be implemented. In any case, the presence of US troops in Syria in principle has no legal status and no one has called them to be there,” Bogdanov told reporters in Moscow on Friday.

“I am not prepared to make hypothetical plans for the possibility of such withdrawal because we have pledged with the Turks and even with the Americans themselves to respect the sovereignty and territorial integrity of Syria,” Bogdanov said.

On Wednesday, White House announced  that Washington had begun to pull troops out of Syria and moving on to the “next phase” of the campaign, referring to the campaign of the US-led  illegal coalition alleging a fight against Daesh terrorist organization.

On the other part, Bogdanov hoped that the committee of discussing the constitution will start its work early next year.

In turn, Kremlin spokesman Dimitry Peskov stressed to journalists that “when, how and where the US forces will be withdrawn from Syria is not clear yet.”

Peskov reiterated that Russian troops were in Syria at the request of its government to help the Syrian army eliminate international terrorists.

In the same context, Chairman of the Russian Federation Council Committee on Defense and Security Viktor Bondarev stressed that the United States should associate its words with deeds and end its illegal military presence in Syria. “Washington should fulfill its pledge and put an end to its illegal presence in Syria”.