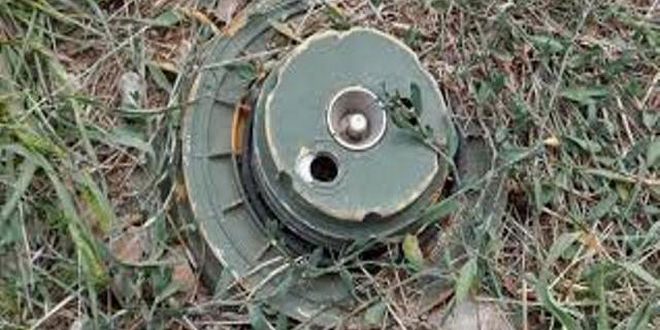 Homs, SANA – A 14-year-old boy was injured in the explosion of a landmine left behind by terrorists in the northeastern countryside of Homs province.

SANA’s reporter said a landmine left behind by terrorists went off as the boy was walking in his family’s farm in Salim village, causing severe injuries.