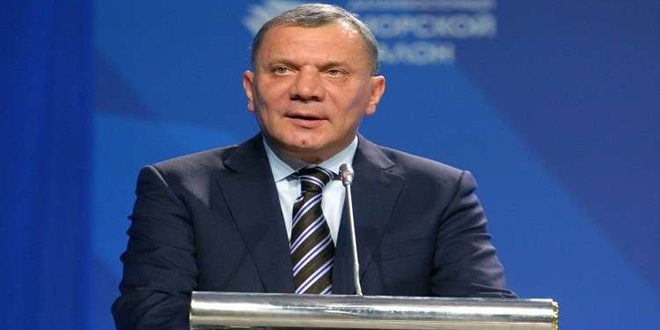 A source at Borisov’s office announced that he will pay a visit to Syria in December.

Last August, the Syrian-Russian Joint Governmental Committee held a meeting in Moscow, with Borisov chairing the Russian side at the Committee and Deputy Prime Minister, Foreign and Expatriates Minister Walid al-Moallem chairing the Syrian side. The two sides agreed to hold the next meeting in Damascus before the end of 2018.