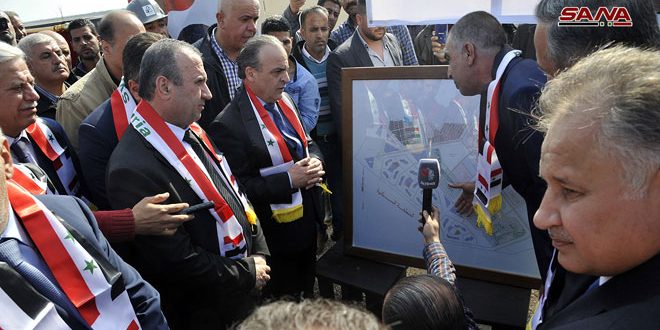 Damascus countryside, SANA-Prime Minister Imad Khamis on Monday inaugurated al-Kisweh photovoltaic power station with a capacity of 1.26 megawatts at a cost of nearly SYP one billion.

The plant generates electricity at a rate of 2 million kWh per year which is enough to light 500 houses all year round, saving 500 tons of fuel annually at a cost of SYP 90 million.

Khamis also laid the foundation stone for a car sales fairground in al-Dweir area in Adra city on the Damascus-Homs Highway on an area of 145 hectares, and for the residential area project in Adra industrial city on an area of 1, 833 hectares which is home to 60 thousand housing units, which seeks to provide decent housing for all the social segments in the city including investors, workers and government employees. 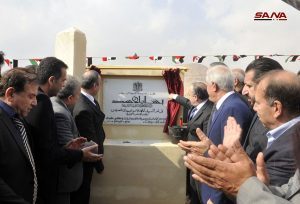