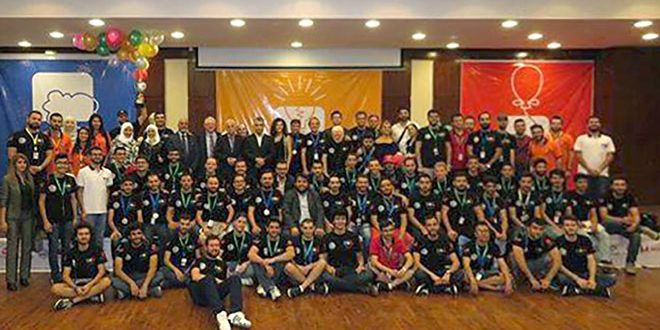 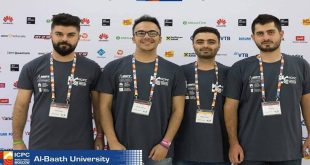 Syria’s winning is the first of its kind on the Arab level since the beginning of its participation in that contest which was launched in 2011.

Rector of Syrian Virtual University Khalil al-Ajami told SANA that over the past two years, the Virtual University has paid great attention to the programming contest and it has become the main host and supporter of the competition in Syria.

Al-Ajami added that the Virtual University hosted the National Contest for the years 2017 and 2018 and it provided the needs of its teams such as the training and qualification and that it usually provides support on the national level for achieving the progress of all the Syrian teams from different universities.

“We expected to achieve advanced position, and the Syrian teams have advanced over the past years as they reached significant levels of progress and such an achievement has become a natural result by all the teams of the Syrian universities,” al-Ajami said.

A team from Aleppo University was also qualified for the international finals of the contest.

For his part, Rector of Damascus University Prof. Maher Qabaqibi said that the university works on providing all the required support to the participating teams to be able to participate on the regional and international levels, particularly in the competitions of programming, networks and IT.

“We have distinguished teams including the team of Damascus University which achieved a significant position internationally as it was one of the first one hundred teams in the last contest in China,” Qabaqibi added.

He indicated that Damascus University seeks to provide all the logistic requirements and what is needed for training and qualifying the teams to participate in international competitions.