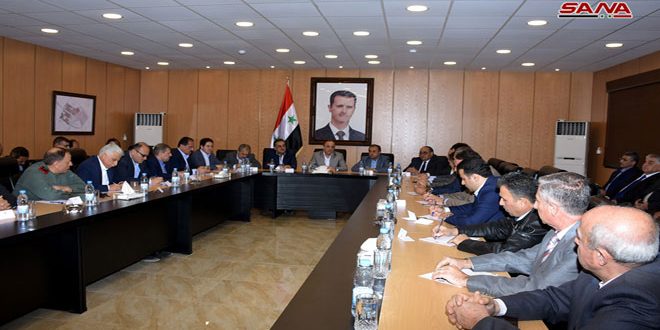 Aleppo, SANA- A government delegation, led by the Prime Minister Imad Khamis, on Saturday met with the group of industrialists from the industrial city of Sheikh Najjar in Aleppo.

The meeting focused on the importance of resuming operations in all the partly-damaged facilities during a specific period of time.

Participants in the meeting agreed on the need to provide the needs for developing the industrial city on the legislative and logistical levels to keep up with the reconstruction stage.

Earlier in the day, the delegation paid a visit to several areas in Aleppo eastern countryside, inspecting the progress made in implementing projects that were launched to develop these areas, especially in the agriculture sector.

The government delegation which consists of all the Cabinet members is on a current visit to Aleppo province which started on Friday. 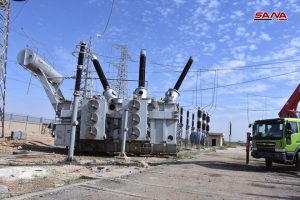 The delegation visited the seed cleaning center and inspected work at it, which is to be put into service in 2019 at a cost of SYP 1.8 billion.

For his part, Information Minister Imad Sara visited the Radio and Television Center in Aleppo, al-Jamahiir newspaper headquarter, the media center, SANA office and al-Thwara and Tishreen newspapers’ offices, listening to the media cadres’ demands regarding developing the media work, including the media cadres, equipment, transportation and the rehabilitation of the damaged buildings due to terrorism.