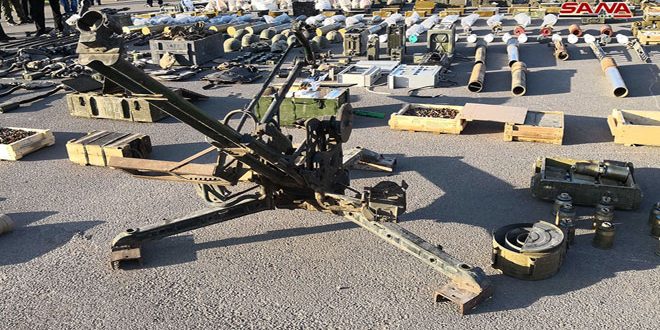 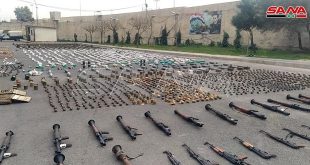 Daraa-Quneitra, SANA- The component authorities found large amounts of weapons, shells, and vehicles, some of which are Israeli-made left behind by terrorists in areas liberated in Daraa and Quneitra countryside. 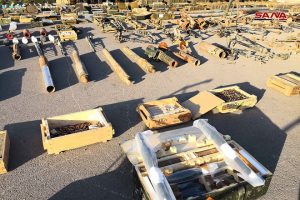 A field commander told SANA that large amounts of weapons, ammos, and heavy and medium shells hidden inside caches underground were uncovered during the army units’ sweeping operations in the liberated villages in Daraa and Quneitra countryside.