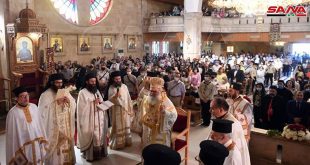 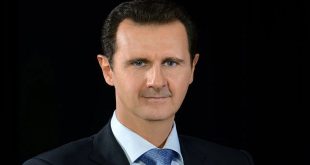 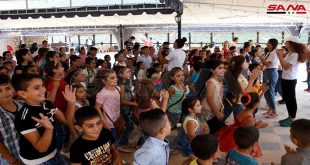 Damascus, SANA – President Bashar al-Assad received on Friday a cable from the First Religious Judge in Damascus Mahmoud al-Ma’rawi confirming that Saturday is the first day of Eid al-Adha (Feast of the Sacrifice), a religious holiday celebrated by Muslims worldwide each year.

Al-Ma’rawi congratulated the President on the occasion of Eid al-Adha, which honors the willingness of Prophet Abraham (Ibrahim) to sacrifice his promised son Ishmael as an act of submission to God’s command, before God then intervened to provide Abraham with a lamb to sacrifice instead.

In their congratulatory cables, the ministers and mufti prayed to God to give Syria and the Syrian people strength to go ahead towards achieving full victory over the foreign-backed terrorism which has ravaged the country since 2011, especially that the celebrations of the Eid this year coincide with the 1973 October Liberation War fought by the coalition of Arab states led by Egypt and Syria against the Israeli enemy which occupies the Golan from October 6 to 25.

They called for reconciliation and adherence to national unity, expressing confidence that the Syrian people will be able to rout terrorists and that security and stability will prevail once again in the country thanks to the sacrifices of the Syrian army and the wisdom of the Syrian leadership under President al-Assad. 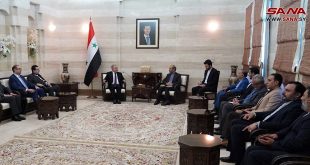