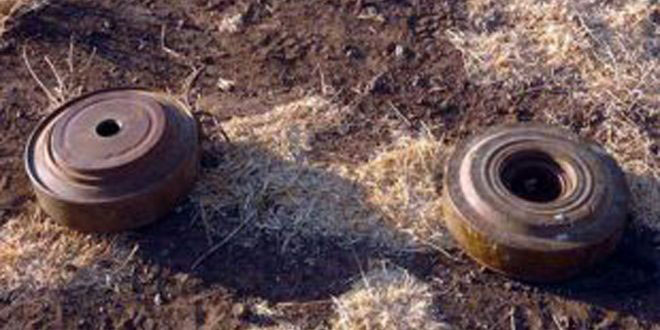 Daraa, SANA- A boy was martyred in a landmine blast from terrorists’ remnants in al-Naima town in eastern countryside of Daraa.

SANA’s reporter in Daraa said that a 13-year-old boy was martyred in an explosion of a landmine, which had been planted by terrorist groups before their defeat at the hands of the Syrian Arab Army in al-Naima town in the eastern countryside of Daraa.