Weapons and munitions left behind by terrorists discovered in al-Rastan, Homs 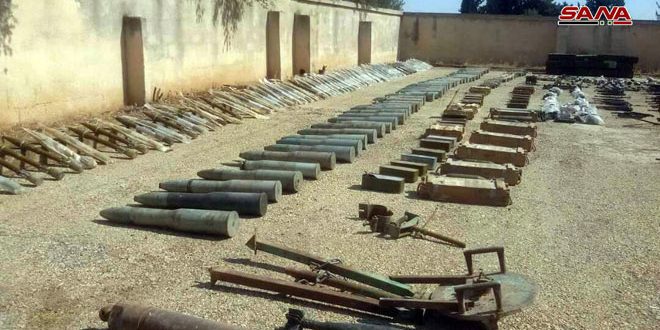 Homs, SANA- The competent authorities discovered during sweeping operations in al-Rastan farms weapons and medical equipment left behind by the terrorists.

SANA’s reporter said that while combing operations in al-Rastan farms, the component authorities on Saturday found large amounts of weapons and munitions, as well as medical equipment, which terrorists used when they were fortified in the city.