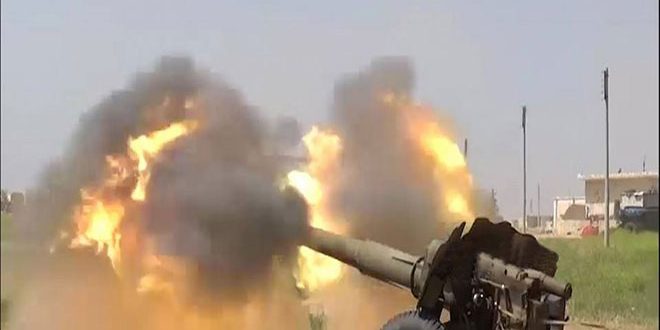 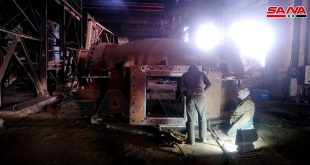 Hama, SANA- Units of the Syrian Arab Army on Sunday conducted intensive strikes against gatherings for Jabhat al-Nusra terrorist organization and its affiliated groups in the northern countryside of Hama.

SANA’s reporter said that an army unit destroyed rocket launching pads of terrorists of “Turkistan Party” in al-Mashik village on the eastern part of al-Ghab plain, killing scores of terrorists.

The reporter added that the army’s artillery carried out concentrated strikes on al-Nusra gatherings in the area surroundings of al-Sermania and al-Qarqour towns on the administrative border between Hama and Idleb provinces, killing a number of terrorists and destroying rocket launching pads.

A number of al-Nusra terrorists were killed or injured and their vehicles were destroyed due to army’s raids on the northern outskirts of Khirbet al-Naqous town, in parallel with the killing of two terrorists from the so-called “Ezza Battalions” and destroying their fortified site on the western outskirts of al-Latmineh town.