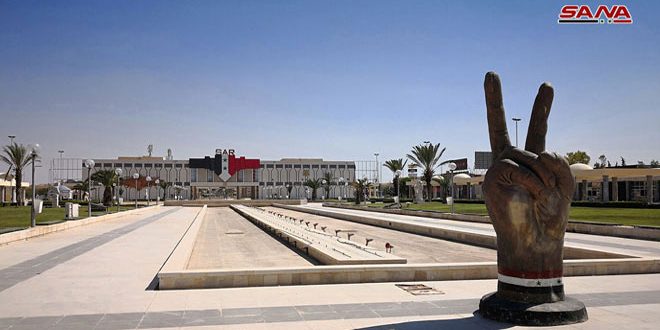 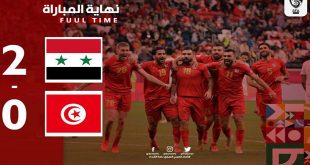 Damascus, SANA- Chinese companies are ready to actively participate in the reconstruction phase in Syria with the country’s going ahead in restoring stability and aspiring for economic recovery.

Economic and Commercial Counselor of Chinese Embassy in Damascus told SANA that his country attaches great importance to Chinese-Syrian economic and trade cooperation and encourages Chinese companies to actively participate in the reconstruction phase in Syria.

Counselor Cui Bin considered that Damascus International Fair in its 60th edition as an important platform and opportunity to enhance economic and trade cooperation between Syria and China.

“More than ten Chinese companies will participate directly or through their agents in the Fair, stressing that his country will continue to provide assistance to Syria, especially in the development of electricity, customs, transport and other sectors,” the Diplomat said.

Cui pointed out that a number of Chinese businessmen will discuss means of cooperation as well as the available trade opportunities during the visit to the Fair.

“Syria is an important and natural partner in the “Belt and Road Initiative”, which requires benefiting from the potentials of both sides and achieving mutual benefit,” he noted.

He also affirmed his country’s desire to deepen practical cooperation in the economic and trade fields through going ahead in expanding bilateral trade between the two countries.

He pointed out that China is effectively encouraging the importation of more Syrian products and for this purpose, China has invited Syrian export enterprises to participate in the First China International Import Expo, to be held in the Chinese city of Shanghai in November.

He added that Beijing encourages and supports Chinese companies working in the rehabilitation of infrastructure to hold discussions with the Syrian governmental institutions on participation in the electricity and energy sector.

2018-08-20
Manar
Share
Previous Army units destroy hideouts of terrorists in Hama, thwart an attack in Idleb
Next Lavrov: Conditions are ripe for the return of Syrian refugees home