Army units destroy hideouts of terrorists in Hama, thwart an attack in Idleb 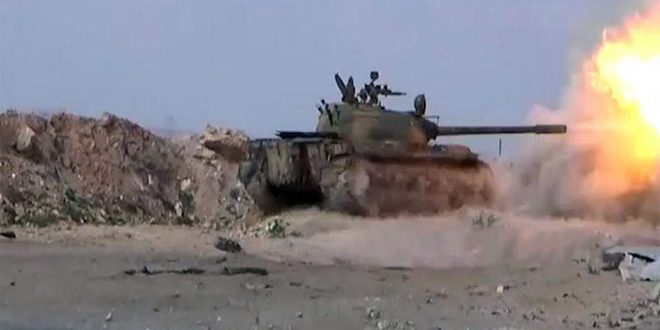 Hama, Idleb- An army unit foiled a terrorist attack on a military post on the road of the Deserted Battalion to the south of Tal al-Touqan town in the southeastern countryside of Idleb province after fierce clashes leaving most of the terrorist group either killed or injured.

SANA reporter said that an army unit targeted terrorists’ gatherings and hideouts at the western outskirts of Tal al-Khanajer town in Hama Province after observing activities of digging and fortification by the terrorists in that areas.