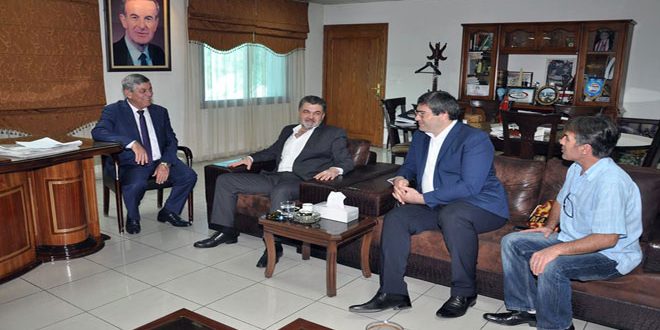 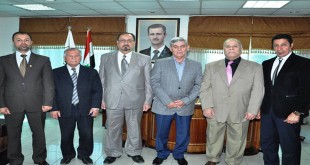 Damascus, SANA- Abkhazia’s Sports Minister Bagrat Khutaba affirmed his country’s full support for Syria in all fields, especially sports, for it ‘to remain a beacon for all the countries in the region and the world.’

Khutaba’s remarks came during a meeting with Chairman of the General Sports Federation Muwafaq Jum’a in Damascus on Thursday.

The two sides discussed joint relations between the Syria and Abkhazia and the means to develop them, particularly in the sports field.

The two sides also agreed to prepare an MoU on sports to establish joint camps for the teams in the two countries and exchange training cadres and sports expertise.

Khutaba invited the Olympic Committee and the General Sports Federation to attend a national festivity due to be held in Abkhazia on the occasion of the 25th anniversary of independence.

For his part, Jum’a said that the Syrian athletes have scored significant feted achievements in international forums.