Terrorist shelling attacks in Quneitra and Daraa cause only material damage 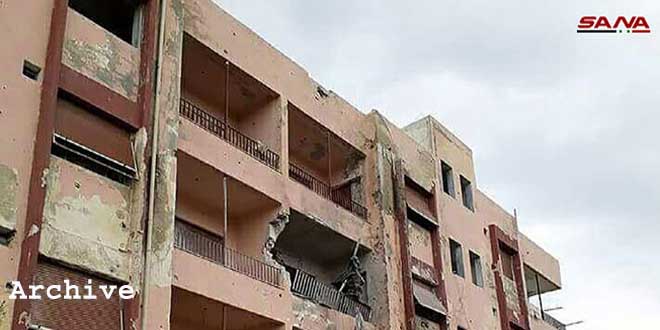 SANA reporter in Quneitra said that Jabhat al-Nusra terrorists on Wednesday fired 3 mortar shells on the village of Jiba in the northeastern countryside, one of them fell on one of the houses, causing only material damage and no causalities were reported.

On Wednesday, a civilian was martyred and ten others were injured in a shelling attack by Jabhat al-Nusra terrorists on the village of Jiba in Quneitra countryside.

SANA reporter in Daraa said that terrorists affiliated to Jabhat al-Nusra organization on Wednesday evening fired a rocket shell on al-Panorama area, causing only material and no causalities among civilians were reported.

Meanwhile, the reporter added that the Syrian Arab army retaliated through targeting the site from where the shell was fired, destroying a shell launching pad and inflicting losses upon the terrorist groups.