President Rouhani: presence of Iranian advisers in Syria came upon a request from the Syrian government 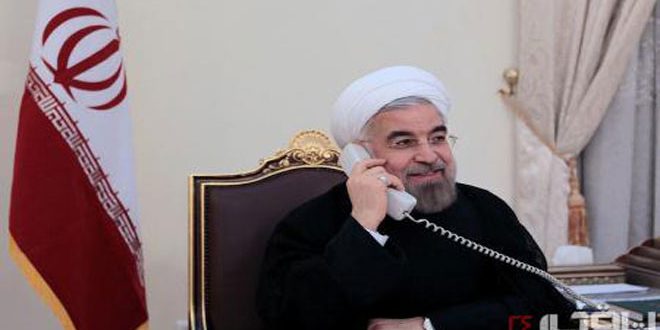 Tehran, SANA-Iranian President Hassan Rouhani affirmed on Tuesday that the presence of Iranian advisers in Syria came upon a request from the Syrian government in order to fight terrorism.

Rouhani, in a telephone call with French President Emmanuel Macron, criticized a number of countries which illegally sent their forces to Syria without any coordination with the Syrian government.

He hoped the Syrian Arab army and the allied forces would completely eradicate terrorism soon.