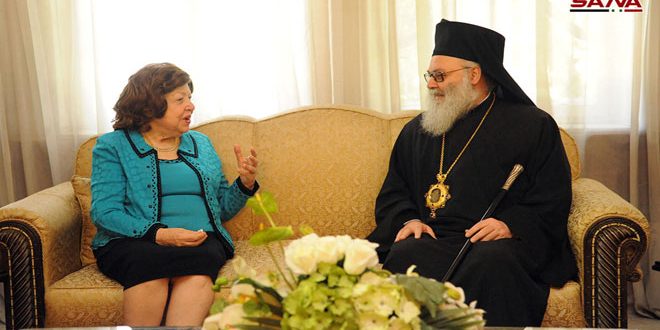 Damascus, SANA-Vice President Dr. Najah al-Attar affirmed the importance of disseminating ethical and moral concepts and upgrading education and human reconstruction in light of the campaigns that seek to spread awareness distortion.

Al-Attar remarks came during a meeting with Greek Orthodox Patriarch of Antioch and All East, John X Yazigi. 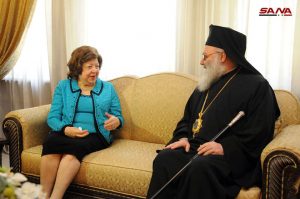 During the meeting, the two sides stressed the role of religious institutions in their diversity as well as cultural institutions in enhancing the values of citizenship and promoting the concept of the National belongingness, which proved its strength in confronting attempts to fragment the community by hostile forces against the region’s societies.

The meeting also shed light on the Western hypocrisy in dealing with humanitarian issues in the region, which is revealed by the West’s disregard for the practices of the Israeli occupation against the Palestinian people, a stance that shows the reality of Western greed in the Arab countries.

Patriarch Yazigi, for his part, said that the Greek Orthodox Patriarchate of Antioch and 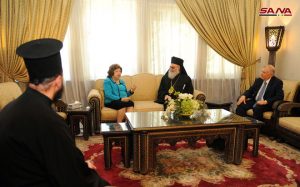 Allthe East has fought the idea of displacing Christians in an attempt to emptying the whole region of this component. It also exerted great efforts to encourage people to remain in the country and adhere to their homeland.

He pointed to the Patriarchate’s special attention in education through opening more schools and universities.

The Patriarch expressed his appreciation for the Syrian Arab Army, its sacrifices and its steadfastness in the face of the war of terrorism the country has gone through.