Arms and ammunition bound for terrorists in Idleb seized 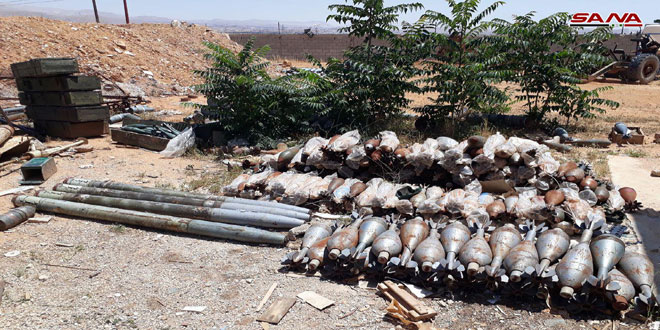 Homs, SANA- Large amounts of arms and ammunition which were bound for terrorists in Idleb were seized on Wednesday by authorities.

Speaking to SANA’s reporter, an officer said that acting on information from local sources in the northern countryside of Homs, authorities managed to seize the weapons and ammunition which were intended to be smuggled to terrorists in Idleb countryside.

QSD militia raids neighborhoods in Raqqa, kidnaps a number of their sons

Raqqa, SANA- In the framework of their continued oppressive acts against the civilians in its …