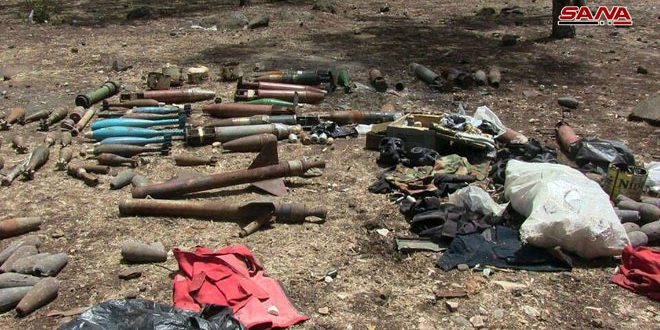 SANA’s reporter said that during the combing operation inside al-Ghanto village in the northern countryside of Homs province, the authorities in cooperation with locals discovered machineguns, mines, rocket shells, rocket launching pads and mortar rounds left behind by terrorists who were evacuated to northern Syria.

The authorities are working on demining all cities, towns and villages in the northern countryside of Homs in order to secure a safe return for citizens.