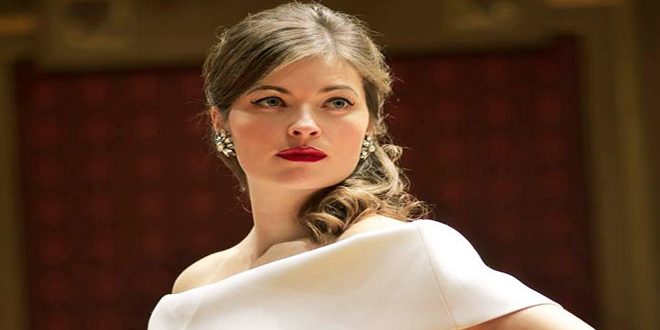 Damascus, SANA- Soprano Isabelle Nicolas, who lives in Switzerland, has released a video clip of the song “Flowers of Peace” as a token of love for Syria and its people.

Nicolas performed the song for the first time last year at the UN headquarters in Geneva commemorating the 70th anniversary of the UN Singers’ first performance which took place in New York as a message for peace around the world.

“Flowers of Peace” means a lot to me…The music by Artist Zaher stirred deep sensations in me that I was on the verge of tears, and after I read a translation of the lyrics written by Dr. Iyad I understood the message that Zaher put into music…It was powerful and full of hope,” Nicolas said in a statement to SANA.

She added that she was also invited to participate in South Korea and Japan with the UN Singers of NYC during their “Peace & Unification Concert Tour” in August and September 2017 in which she performed “Flowers of Peace”.

She hoped that the song will contribute to stability and fostering hope for the children of Syria and to participate in the 2019 Eurovision Song Contest.

For his part, Assaf said that the song, conveying a message to the world that Syria is a country of peace and the cradle of divine religions, relays a different picture about Syria to the European people as opposed to that of the Western media.