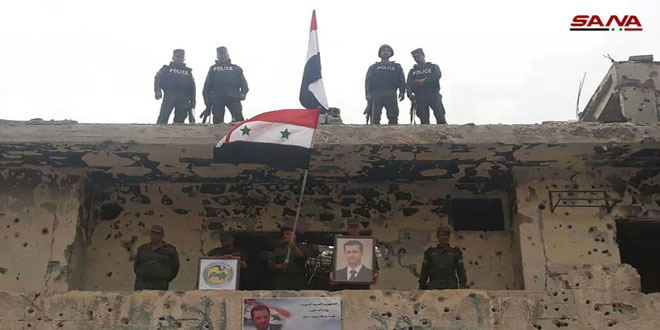 The units also hoisted the national flag over the state’s institutions in al-Hajar al-Aswad and Yarmouk Camp.

On Monday, the General Command of the army and the armed forces announced Damascus and Damascus countryside entirely safe areas after fully cleansing al-Hajar al-Aswad and al-Yarmouk Camp of terrorism.