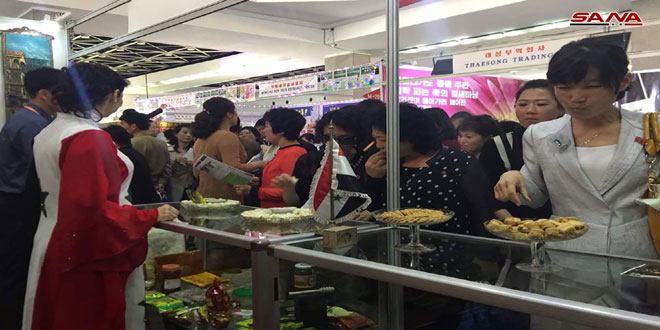 The Fair activities were launched at the Democratic Korean Republic capital of Pyongyang on Monday. 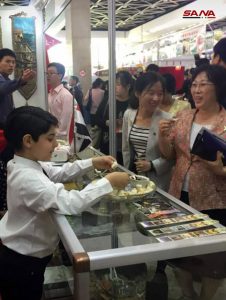 The Syrian Embassy distributed tourist and media posters about Syria, its cities and countryside and illustrate the cultural and social reality in it.

TV screens were put at the pavilion to present shows on the historical and tourist sites in Syria.

Korean Deputy Prime Minister and Minister of Foreign Economy of Democratic Korea visited the Syrian pavilion and got acquainted with the Syrian productions.

For his part, the Syrian Ambassador in Pyongyang Tammam Suleiman hailed the deep-rooted and historic relations binding the two countries.

Suleiman pointed out that the Syrian products are still capable to compete the other productions despite the terrorist war launched on Syria.