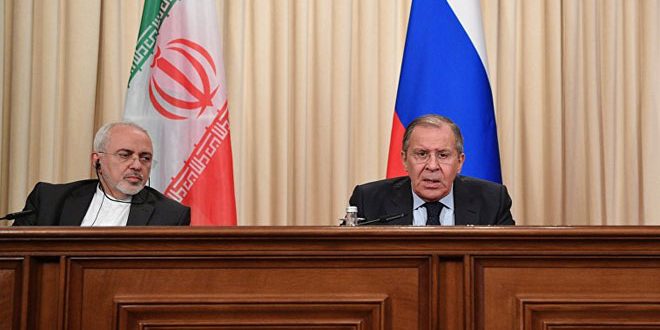 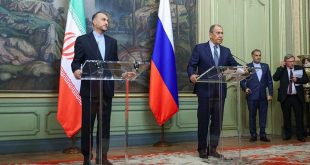 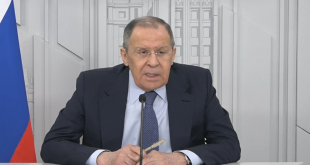 Speaking during the meeting of the foreign ministers of the guarantor states of Astana Process held Saturday in Moscow, Lavrov affirmed that Syria is a unitary sovereign state and it is necessary to help the Syrian people fight terrorism.

He also underlined the need for coordination and taking collective action within the framework of Astana process and move forward to settle the crisis in Syria under current circumstances.

Lavrov noted that the tripartite aggression on Syria in April 14th has not only complicated the situation in Syria but also undermined the political settlement process, noting that the same states are speaking about Syria’s territorial integrity with the aim of covering up their plots to redraw the Middle East and disintegrate Syria.

The Russian diplomat stressed that some western states’ attempt to support terrorism is unacceptable and breaches the UN Security Council’s resolution no.2254, in addition to the fact that it threatens Syria’s territorial integrity.

For his part, the Iranian Foreign Minister stressed that combating terrorism is the responsibility of all countries of the world and there is no military solution to the crisis in Syria, highlighting the necessity to support Astana process and the outcomes of the Syrian National Dialogue Congress held in Sochi in order to make Geneva talks a success.

He called for an objective and independent investigation into the allegations of the use of chemical weapons, indicating that foreign intervention in Syria will lead to worsening the situation.

In a joint press conference following the meeting of foreign ministers of the Astana process guarantor states, Lavrov said that the US-British-French tripartite aggression on Syria caused a setback in the efforts to advance the political process in the country.

“We strongly believe that there is no alternative to political and diplomatic efforts to resolve the Syrian crisis based on the Resolution 2254 and recommendations issued by the Syrian National Dialogue Congress in Sochi,” the Russian diplomat said.

Lavrov clarified that there preparations are underway to hold the next Astana meeting on Syria on May 9th, adding that the UN may help develop the Astana process on Syria effectively in all areas,

He called on the UN to avoid being pressured to politicize humanitarian aid, stressing that the fight against terrorists who are trying to hide in de-escalation zones in Syria will be uncompromising.

For his part, Zarif affirmed his country’s support to Syria’s territorial integrity and sovereignty, adding that the political settlement to the crisis in Syria should be through intra-Syrian dialogue.

Zarif stressed that the international community has a responsibility to support the Syrian people in countering terrorism away from any political conditions, adding that the Astana process was the main instrument in bringing stability to Syria.