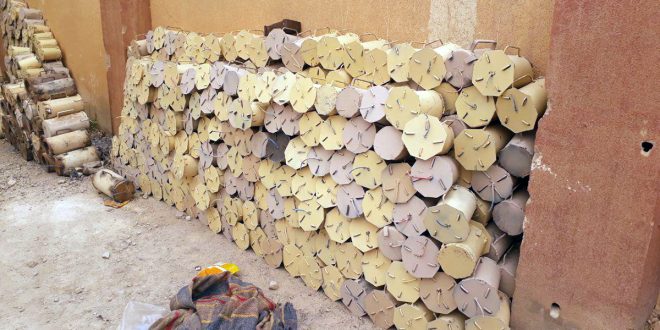 Damascus, SANA-The legal status of a number of militants in al-Rhaiba town in eastern Qalamoun was settled on Wednesday after they handed over their arms to authorities.

Speaking to SANA’s reporter, a member at the local reconciliation committee said that after the process of removing the terrorists and their families ended and terms of the agreement to hand over heavy and medium weapons to the Syrian Arab Army were implemented, the legal status of the 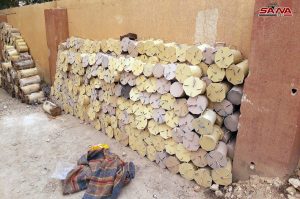 militants was settled today after the handover of light weapons.

The status of the wanted persons and draft dodgers will also be settled.

A number of those who had their legal status settled said that terrorists tried to force them to leave the area and head north, but they insisted to stay in their towns and have their status settled.

The reporter said that army’s engineering units seized hundreds of IEDs inside terrorists’ dens during the sweeping operation in the agricultural lands and the area surrounding al-Rahiba town in order to protect the lives of civilians.

An officer at the Syrian Arab Army told SANA that the engineering units carried out the removal and dismantlement of IEDs from the town of al-Rahiba, which were planted by the terrorists, after the terrorists and their families 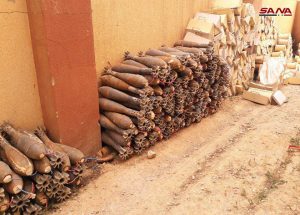 who refused the reconciliation agreement exited to northern Syria, indicating that the weights of the IEDs ranged from 10 to 50 kg.

Over the past four days, 124 buses carrying hundreds of terrorists and their families left eastern Qalamoun area to northern Syria in implementation of an agreement announced last Friday in preparation for declaring it free of terrorism.