Rezaee: Any foreign military presence in Syria without its approval illegitimate 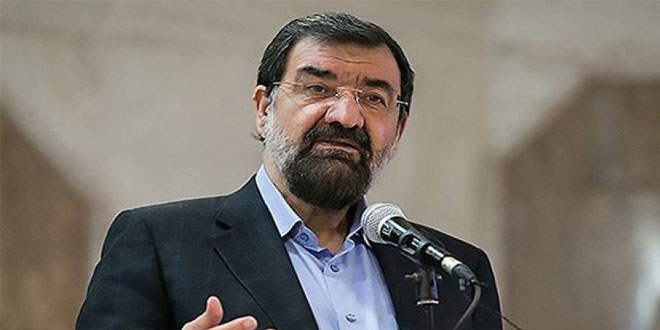 Tehran, SANA-Secretary of Iran’s Expediency Discernment Council Mohsen Rezaee said that any foreign military presence in Syria without the approval of the Syrian government is illegitimate one that breaches Syria’s sovereignty and violates international laws.

Speaking to journalists on Wednesday, Rezaei stressed Syria has proved its steadfastness and ability to overcome all obstacles and become stronger after its victory over terrorism.

He noted that the US cannot stay in Syria forever and the Syrian people alone have the right to determine the future of their country and preserve its sovereignty.

Rezaei reaffirmed that the intra-Syrian dialogue is the only solution in Syria without any foreign interventions or dictates.