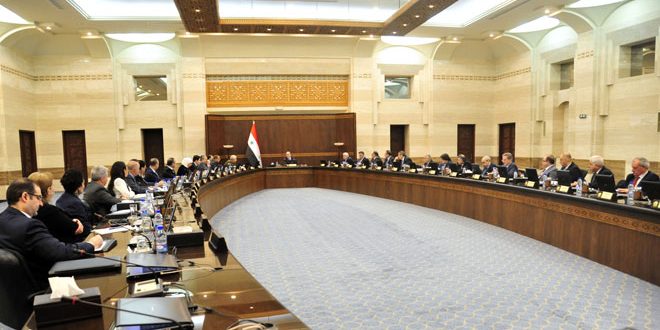 Damascus, SANA – The Cabinet saluted the Syrian Arab Army which confronted the American-Britan-French aggression on Syria and prevented it from achieving its goals.

During its session held on Sunday, chaired by Prime Minister Imad Khamis, the Cabinet approved the funds necessary to restore the basic services and state institutions to the Eastern Ghouta after its liberation from terrorism.

It also approved the allocation of a sum of SYP 850 million for the implementation of service and development projects in Raqqa, Hasaka, and Deir Ezzor provinces.