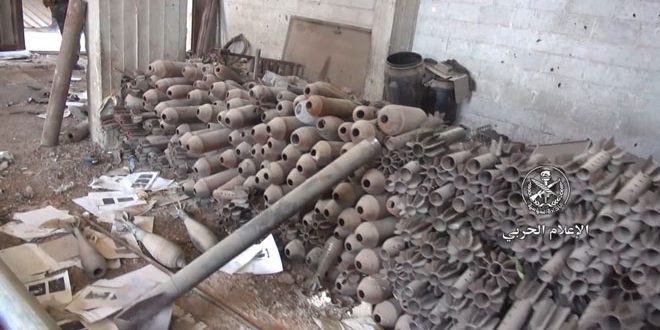 Damascus Countryside, SANA – During canvassing operations in the towns which were cleared from terrorism in Eastern Ghouta, Syrian Arab Army units found a large a lab for making toxic materials and workshop for manufacturing shells in Aftris area. 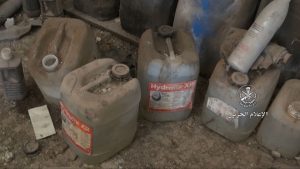 A military source said that lab that was abandoned by terrorists in Aftris town is equipped to make various types of toxic substances, and has all the necessary equipment for making powders used in making prohibited weapons.

The source said the lab contained chlorine and protective gear, as well as ampoules used for mixing and special containers.

He added that a large workshop for making shells of various sizes was also found in Aftris area, which was used to make 60mm, 80mm, and 180mm shells, in addition to rocket launcher platforms, a 37mm artillery piece, a number of IEDs, and assorted ammo. 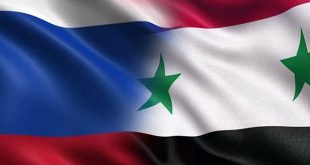