Moscow: Procrastination with regard to sending OPCW experts to Douma unacceptable 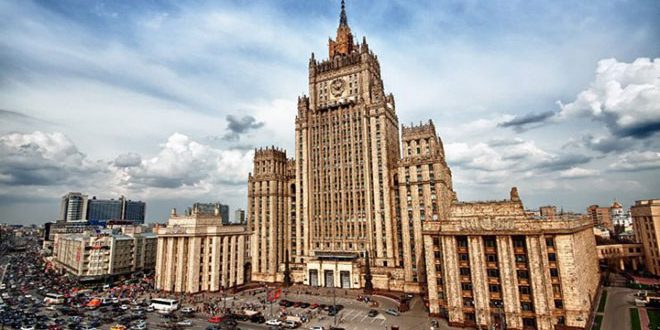 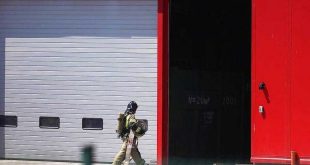 Russia: Fire erupts in a military installation in the Belgorod border region 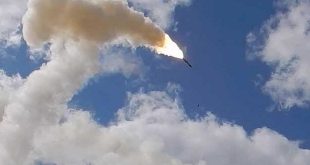 Moscow, SANA- Russia has called on the Organization for the Prohibition of Chemical Weapons (OPCW) not to delay the dispatch of its experts to the Syrian city of Douma to verify  the allegations of using chemical weapons to avoid the consequences of the fierce western campaign against Syria.

The Russian Foreign Ministry said in a statement Wednesday on its website that “Moscow welcomes the decision of the Director-General of the Technical Secretariat of  OPCW Ahmet Uzumcu  to send a fact-finding mission to Douma to highlight what happened there as soon as possible”,

The Ministry’s statement warned that the delay in sending the mission’s team is an unacceptable matter under the fierce campaign launched by western countries against Syria.

It also warned that the procrastination may lead to the repetition of “the adventure taken by Washington in April 2017 ” with a missile strike against Syrian air base Al-Sh’ayrat in violation of the UN Charter and the provisions of international law.

The Syrian Foreign and Expatriates Ministry earlier sent a formal invitation to the OPCW mission to visit Douma city in eastern Ghouta to verify the allegations of Chemical Weapons’ use there.

The Russian Foreign Ministry statement indicated that the Syrian government has expressed its readiness to render all possible assistance to the mission.

It reiterated Moscow’s categorical rejection of the position of the three UN Security Council permanent members, which blocked the adoption of two Russian draft resolutions on Syria. One of them provided for supporting the decision taken by the Director of the Technical Secretariat on sending experts to Douma.

The United States, Britain and France on Tuesday blocked two Russian draft resolutions to investigate allegations of chemical weapons use in Douma.

“The deadly consequences of this adventurous approach on the global peace and security are crystal clear,” the Russian Ministry said.

The OPCW on Tuesday said it will send a fact-finding mission to Douma city,Damascus Countryside, after receiving a request from Syria and Russia to investigate the alleged use of chemical weapons there.

Douma Moscow OPCW 2018-04-12
ghossoun
Share
Previous Shaaban: We do not want wars, but we do not fear them and are ready
Next Sabbagh: Final victory over terrorism is so close