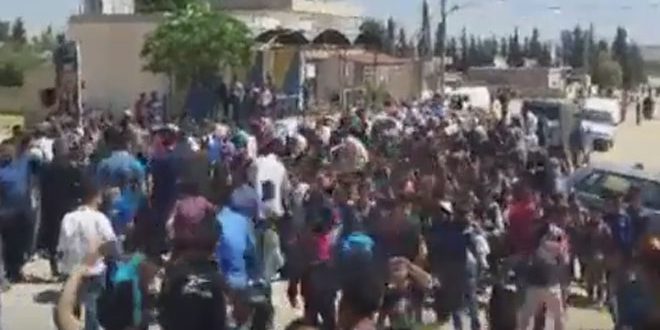 Hama, SANA – Units of the Syrian Arab Army entered a number of villages in the southeastern countryside of Hama province after locals expelled terrorist groups from them.

A military source said that the army units entered the villages of Taqsys Zur, al-Amara, al-Mishdah, al-Jamaqliya, Jur al-Jamaqliya, and Jur Abu Darda in Hama countryside, with the units receiving a warm welcome from the locals, who cheered for President Bashar al-Assad and the Syrian Army.

The source said the army units entered the villages without any clashes with the terrorists which the locals had chased away.

This came following reaching an agreement by which these villages and others become part of national reconciliations and the cessation of combat activities.