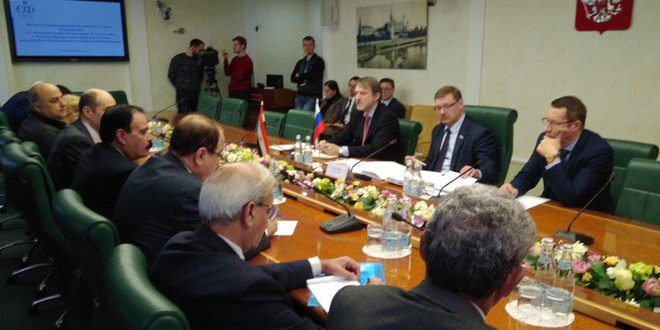 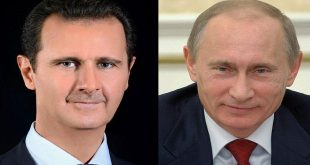 Moscow, SANA- Chairman of the Russian Federation Council’s Committee on International Affairs Konstantin Kosachev welcomed the participation of a delegation from the Syrian People’s Assembly in keeping up with the Russian presidential elections, stressing that the elections are held in a climate of transparency despite Western attempts to affect them.

Meeting the delegation of the People’s Assembly, Kosachev said that Russia is making great efforts to help Syria in every way so that the Syrian people can decide their country’s future themselves and preserve its sovereignty and territorial integrity, despite all the attempts by the US and its agents to disrupt all the settlement efforts.

For his part, head of the delegation Hasseb Tahan expressed confidence that the Russian people will vote freely and democratically, appreciating Russia’s positions in support of the Syrian people in their war against international terrorism.