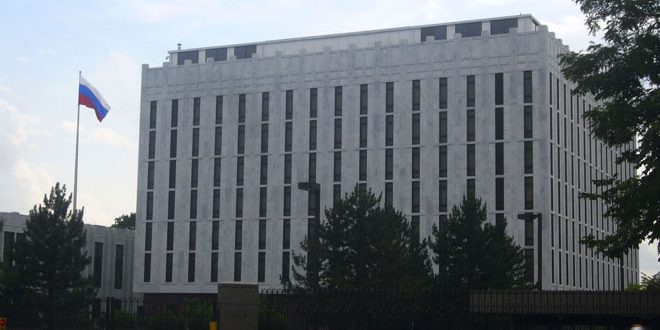 Moscow, SANA- Russia again urged the United States to abandon its plans on escalating the situation in Syria.

In a statement published by the Russian Embassy in Washington on Facebook on Thursday, Russia said that “we urge Washington again to abandon its irresponsible statements and schemes charged with escalating the situation in Syria which could become irretraceable later.”

Russia has warned few days ago Washington against encouraging terrorists in Syria to commit any another provocation through using chemical weapons against the civilians to use it as a pretext to launch an aggression against Syria, the Ministry added.

The Embassy expressed concern over whom Washington was backing in Eastern Ghouta, asserting that all terrorist organizations positioned in Ghouta are working under the authority of Jabhat al-Nusra as they are attacking the residential neighborhoods in Damascus for years, including shelling the Russian diplomatic missions there.

The Russian Embassy added that “distracting us of Syria with the scenario of the British conspiracy will fail;” reiterating that “Syria will remain the center of the Russian diplomacy keenness.” 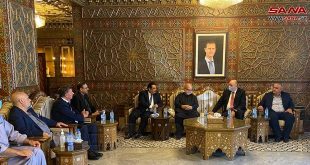