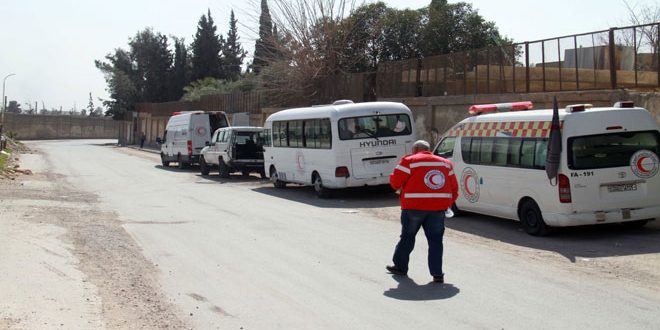 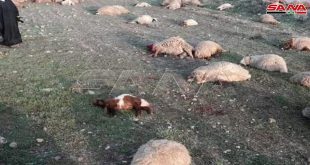 Damascus Countryside, SANA- Jabhat al-Nusra terrorists and the groups affiliated to it in Eastern Ghouta in Damascus Countryside on Thursday attacked the safe corridor assigned for the exit of the civilians through al-Wafideen Camp.

SANA reporter said that 3 shells at least fired by terrorists fell on the safe corridor which leads from the Eastern Ghouta to al-Wafideen Camp in a new attempt to sow fear among the civilians and prevent them to leave the areas where the terrorist organizations spread in the Ghouta.

The reporter added that the daily truce from 09:00 am to 02:00 pm to allow civilians to exit started at its specified time for the tenth consecutive day, but the terrorist groups prevented the civilians from exiting as no civilian has arrived at the safe corridor till now.

The reporter indicated that the ambulances and the public transportation buses are waiting for the civilians at the safe corridor while the helicopters of the Syrian Arab Army daily throw leaflets on the villages and towns of the Ghouta in Damascus countryside to inform the civilians who are willing to exit of the ways to reach the safe corridor. 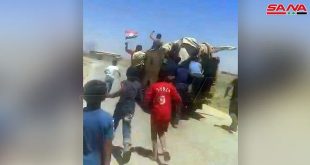 Hasaka, SANA- In expression of their rejection of the presence of US occupation forces or …