Fomin: The US uses al–Tanf area as cover for terrorists 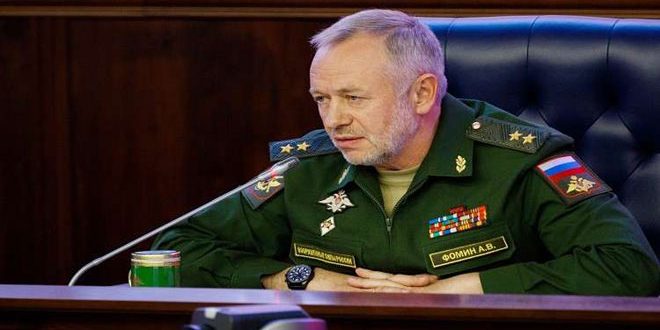 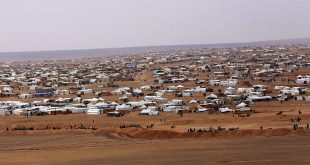 A child dies of malnutrition at al-Rukban refugee camp

Moscow, SANA- Russian Deputy Defense Minister Alexander Fomin said that US is using al-Tanf area as a cover for terrorist organizations there.

Speaking to the Russian TV news network Rossiya 24, Fomin expressed concerns about the situation in the security zone near al-Tanf town on the Syrian-Iraqi borders, adding that it is used to train and rearm the terrorists under the supervision of special operations forces and other units of the United states.

He attributed the catastrophic humanitarian situation in al-Rukban camp to the US’ reluctance to allow humanitarian aid convoys to enter the camp.