Tehran: Targeting Syria is part of a plan by foreign powers to destabilize the region 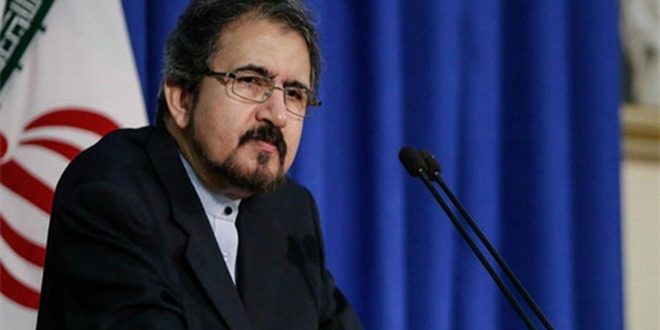 Tehran, SANA- Iranian Foreign Ministry has asserted that foreign powers’ targeting of Syria and their attempts to undermine it are part of a plan to destabilized Iraq, Iran, and other countries in the region.

“Terrorist organizations have become part of the equations that foreign powers are trying to impose to serve their interests,” Foreign Ministry spokesman Bahram Qasemi told Mehr news agency on Saturday.

He indicated that combating terrorism by Iran was necessary to maintain, security, stability and economic development which the Iranians are enjoying.

Qasemi said that the US President Donald Trump does not represent the politician who seeks to establish international peace and security.