Lavrov: US intervention in Syria’s affairs hinders reach a solution to the crisis 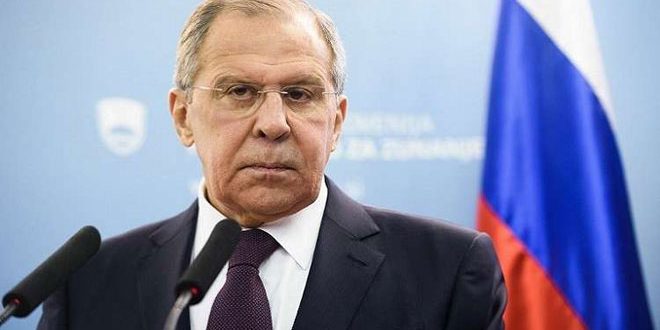 Moscow, SANA- Russian Foreign Minister Sergey Lavrov stressed that US interference in Syria’s affairs hinders reach a solution to the crisis in the country, calling for respecting Syria’s sovereignty and territorial integrity.

Loavrov, at a press conference in Slovenia, added that the behavior of the US-led coalition in Syria won’t help reach a settlement to the crisis.

As for the situation in Afrin,  the Russian Minister urged the influential external powers to start dialogue with the Syrian government in line with Syria’s sovereignty and territorial integrity.

Lavrov said that a solution to the crisis in Syria is possible through dialogue that includes all spectrum of Syrian society, adding that it is quite realistic to ensure a cessation of violence and start a political settlement process which guarantees the interests of the Syrian people.