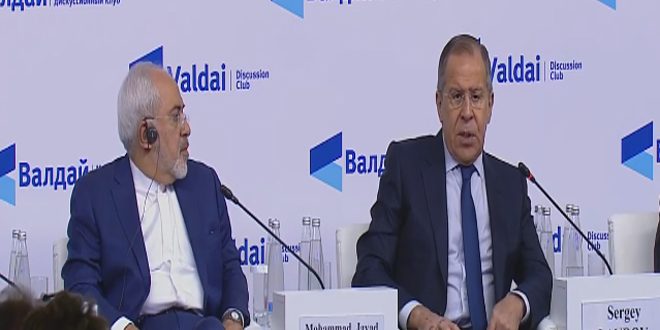 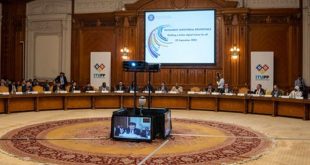 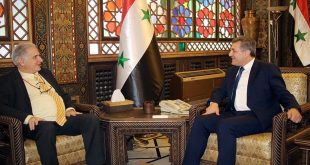 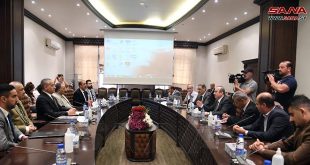 Moscow, SANA- Russian Foreign Minister, Sergey Lavrov, said that maintaining Syria’s unity and sovereignty is an international demand, warning against the US schemes which aim at partitioning it.

During a speech at the Valdai International Discussion Club in Moscow on Monday, Lavrov added “I call upon the Americans once again to avoid playing with fire and to determine their steps not on the basis of the needs of the temporary political situation, but on the basis of the interests of the Syrian people and the peoples of the region.”

The Russian diplomat voiced his country’s concern over the US attempts to divide Syria, pointing out that such fears are resulted from the schemes which Washington has started to translated on the ground, emphasizing that this is very dangerous on the security and maintaining Syria’s territorial integrity.

The US officials statements that their only goal is fighting Daesh (ISIS) terrorist organization and preserving Syria’s territorial integrity contradict with their practical acts.

He said that the US is occupying the Syrian al-Tanf area, where the terrorists are present and lots of terrorist acts against other areas are launched from, therefore this area should be closed immediately.

The Russian official said that the UN is ashamed to say that the humanitarian aid cannot pass through this area due to the US control over .

On the Syrian National Dialogue Congress held recently in Sochi, Lavrov said that the Congress is very important event since it is the first of its kind in terms of representing all segments of the Syrian people and confirming that dialogue among the Syrians is the way to determine the future of Syria.

He underlined the need for the international community to support what have been agreed upon in the Congress with the help of the UN.

Lavrov stressed that all participants in the Congress agreed upon its final statement as a committee for discussing the constitution was formed and this is considered as part of the settlement process to the crisis in Syria according to the UN Security Council’s resolution no. 2254.

In turn, Iranian Foreign Minister, Mohammad Javad Zarif, said despite the defeat of Daesh terrorist organization in Syria and Iraq, the danger is still existed, particularly in light of its possession of heavy weapons and the continued support of some countries to this organization.

He added that the United States seeks to control areas in Syria with the aim of dividing it to achieve its geopolitical goals, calling all to respect Syria’s unity and sovereignty.